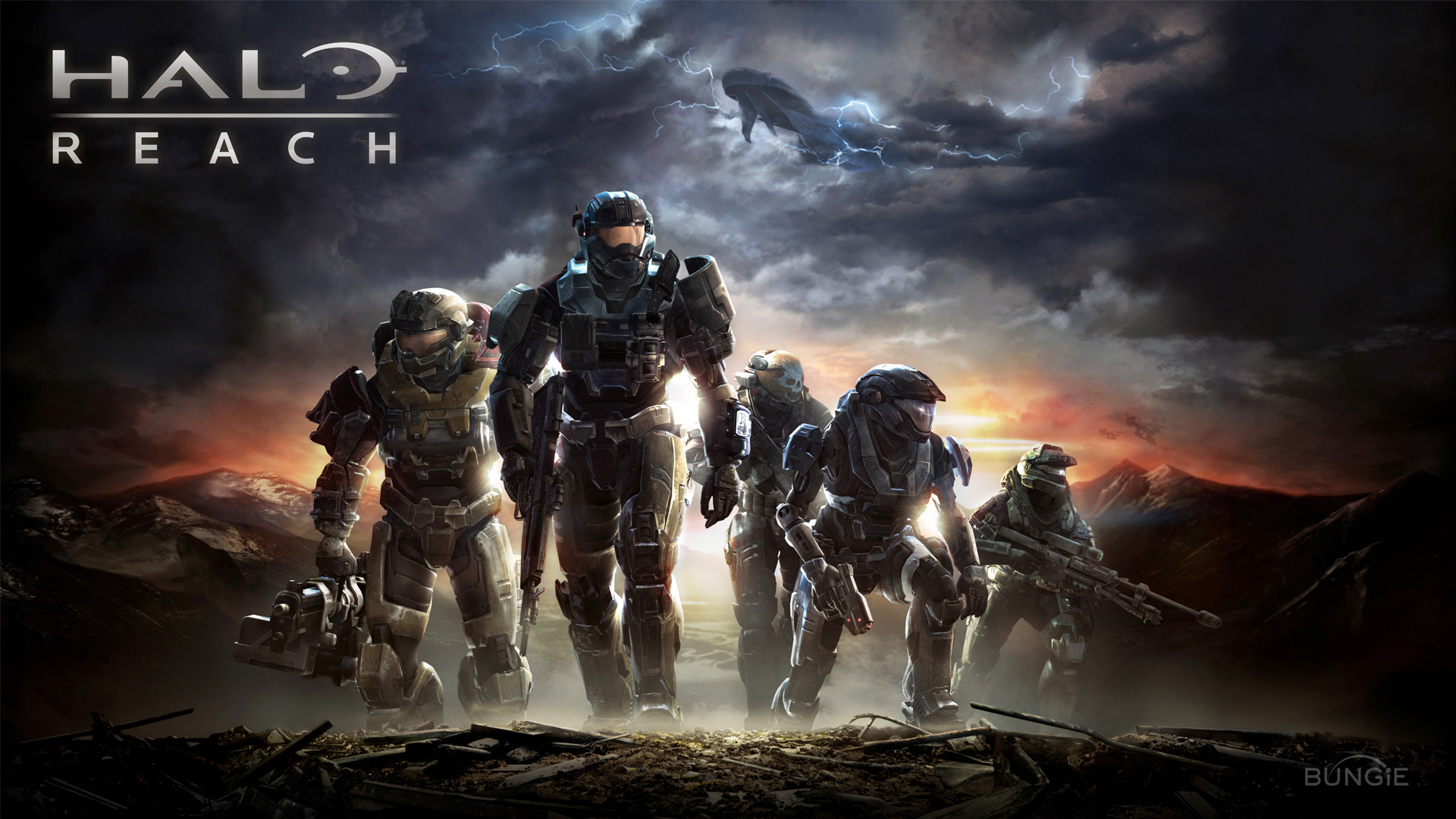 These Spartans will accompany you on Reach's captivating campaign. Photo taken from Bungie.

It all started in 2001, when Bungie Studios’ “Halo: Combat Evolved” revolutionized the console first-person shooter market and created an enormous virtual community dedicated to all things Halo. But Bungie wasn’t content to stop there—they went on to release three more blockbuster games within the series. “Halo: Reach” is Bungie’s final Halo title; clearly, they wanted to go out with a bang.

“Reach” adds an extra layer of polish to everything you’ve come to love about Halo. Campaign still pits a Spartan super-soldier against alien Covenant foes, yet is now optimized for co-op; matchmaking remains more or less unchanged, yet feels slicker; shooting mechanics are unaltered, yet the arsenal of weapons has been expanded. Halo fans will feel like they’ve walked into their own home, yet only cleaner.

Introducing armor abilities
New features include armor abilities, which have replaced power-ups. Unlike the transient power-ups, armor abilities are permanent and can be activated with the push of a button, but you must wait for them to recharge after use. There are a variety of abilities, including sprint, the ability to create a hologram to confuse enemies, and a health-regenerating bubble shield which will shield you from enemy fire. Easily the most enjoyable armor ability is the jet pack—soaring up into the air and hijacking banshees never gets old.

Meet Noble Six, the hero of the “Reach” campaign. Photo taken from Bungie.

“Reach‘s” campaign also feels fresh. Master Chief is gone. Instead, you play as Noble Six, a member of a Spartan squad tasked with protecting the colony on planet Reach from falling into the hands of the Covenant. If you’ve never played the other Halo games, the plot will seem weak because some of the most climactic moments are references to the previous Halos.

Look, Halo and Star Fox had a baby! Photo by Akshay Agrawal.

The campaign itself never feels stale because the copious amount of shooting is strategically interspersed with unique segments. One particularly exhilarating level has you rocketing around in a spaceship and mowing down Covenant bogeys, painting the atmosphere with brilliant explosions of purple and white.

The difficulty of the campaign has been significantly ramped up. On Legendary, the hardest difficulty, the enemy AI is ruthless—they will flank you, toss grenades at you and downright frustrate you. If you are one of those people prone to chucking your controllers across the room during difficulty spikes, play on Heroic or lower. And if you’re playing solo, then don’t expect any help from your exceedingly dumb AI partners. You’ll probably end up killing them anyway after they splatter you for the fifth time in a row.

Multi-player and online
Many gamers will find themselves investing most of their hours into “Reach’s” online component. There are several multi-player modes to choose from, all of which can be tweaked to your liking. The new modes are a nice addition—Headhunter and Invasion are chaotically fun. The maps are intricately designed and well-suited to virtual shootouts, yet some levels feel too familiar to those present in previous Halo games.

The level editor known as Forge is now more robust than ever before. Gamers can edit existing levels using a variety of tools and share their creations online for others to download.

Presentation
All of “Reach’s” features are wrapped in an impressive audio visual package. The otherwise artistic graphics are marred by some bland textures and infrequent slowdown. “Reach’s” audio, however, is flawless—Martin O’Donnell’s scores are beautiful and evocative and perfectly mirror the game’s somber yet epic tone.

“Reach” is easily the most refined, feature-packed and engrossing Halo game ever made. Bungie can rest assured that we will indeed “Remember Reach.”