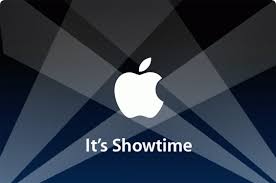 With the arrival of Apple’s much-awaited September 1st press event, a host of new products and services have been revealed. Are Apple’s announcements as exciting as anticipated? Read on to find out.

Next Generation iPod Touch: The iPod Touch has finally received the the makeover it deserved. With dual cameras, video calling,  720p video recording, a Retina screen, up to 64GB and an A4 processor, the new Touch is a veritable piece of hardware. Yet the lack of 3G remains a glaring omission; as Apple would not want to jeopardize its iPhone sales, do not expect a 3G iPod anytime soon.

Nano-sized iPod Nano: Apple’s iPod Nano’s design has been completely revamped. The new Nano now has a screen of a mere 1.5 inches, and will be navigated using multi-touch: no buttons! This brings a particularly troublesome problem; wouldn’t a finger take up half the screen? Nonetheless, the Nano’s small size makes it convenient for exercise, as it can be easily be clipped onto one’s clothing.  The device can hold up to 16GB of media.

A Brand new…iPod Shuffle: Another shuffle with buttons and voice commands has entered the market. Dwarfed by its older brothers iPod Touch and iPod Nano, this shuffle fails to impress.

Apple TV: The new Apple TV boasts a multitude of features, including a smaller size, an HDMI port, Ethernet and a built-in power brick. Most conspicuous is the device’s lack of a hard drive. With the Apple TV, Apple is moving away from storing media and shifting into the “cloud;”  the device is now a streamer. Owners of the Apple TV will be able to stream and rent, not buy, movies and shows. Prices will range from 99 cents for TV shows and $5.00 for new movies. Apple’s foray into the streaming market ought to be interesting, as we will see how the company will fare against subscription-based companies like Netflix.

Ping — the musical social network: Apple delved headfirst into social networking with its release of Ping. A cross of Facebook and Twitter, Ping revolves solely around music. Users can follow artists or each other and share their musical preferences, learning about new music along the way. Ping already has a user base of  160 million; that number can only grow from here. It remains to be seen what kind of impact Ping will have on social networking and the music community.

Taken as a whole, Apple’s press event was not as impressive I had hoped. While Apple did expand the social networking community with Ping, the company failed to bring any real innovation to the majority of its products.